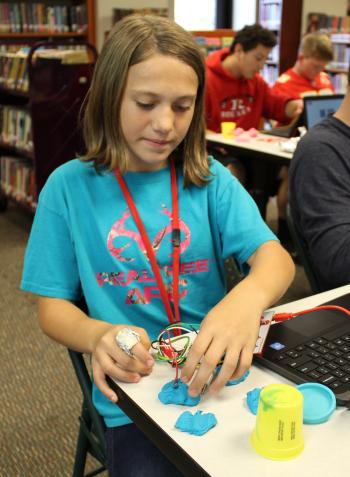 For three days, Royster teachers witnessed the possibilities when a professed enthusiast for math, computer science and STEM education is let loose in their school with nearly 500 middle school students. 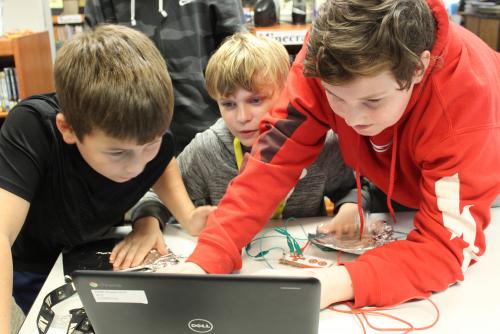 Brian Aspinall did more than introduce students to the methods of coding. He engaged them in conversation, accepted their suggestions, “let’s try it,” led them to other possibilities, and ignited their curiosity.

“I’ve never seen such excitement among the kids,” said Royster Principal Don Epps, who first connected with Aspinall through social media. “It’s how professional development should be.”

Aspinall is a teacher, best-selling author and considered one of the brightest STEM (science, technology, engineering, mathematics) innovators in education. At Royster, he first met with all staff, explaining his philosophy and how to change the environment to where student curiosity leads them to question, explore and forget their fear of failure.

”What’s changing in our schools is the definition of failure,” he said. Failure is not forever. When something doesn’t work then “go back and do it differently …. Ninety-five percent of the time when you write code it does not go right the first time,” he told teachers and parents.

On day one, Aspinall worked with the math and technology teachers, then with a select group of students, showing them how to use a coding program developed for educators called scratch. As they learned to build the code to make a cat walk in a square, bounce forward and backwards, or add animation to make a bat fly, the students also learned mathematical concepts, particularly the questions and answers when something didn’t work and they needed to try again.

“I love all the skills they are learning with this and they don’t even know they are learning,” said math teacher Cassy Bourne. “They’re learning how variables work, how the coordinate plane is used in geometry and all these probability skills (that Aspinall is presenting) in a whole other view.” 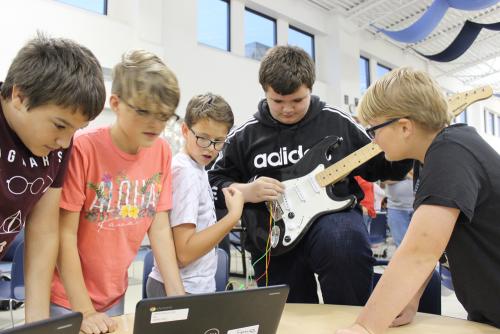 At the end of three days, parents and members of the community witnessed some of the learning at a STEM Student Showcase that RMS students presented. Following an address by Aspinall at CHS, the students showed off their projects they’d brought to the high school’s commons area.

“What I really like about this is the kids working in teams,” Epps said. Aspinall bounced between two math classrooms while the Royster teachers led the lesson.

“Our teachers love it, understand it. They feel confident in the classroom. They can do it,” Epps said. “We have problems solved, failed and succeeded” all while Aspinall was here on site at Royster Middle School. “That’s what made it so successful.”

“Want to see me fly like a bat,” Hunter Sigler asked people who walked around his table at CHS. Aluminum foil was wrapped around his waist and arms, and alligator clips attached to the foil and circuited to his Chrome book. As Sigler flapped his arms against his waist, the bat on the computer flew upwards and down. “I get to be weird and not get in trouble,” he said.

The student’s enthusiasm was apparent.

At another table, a group of students continued to experiment, trying to take Wyatt Brant’s project to another level. 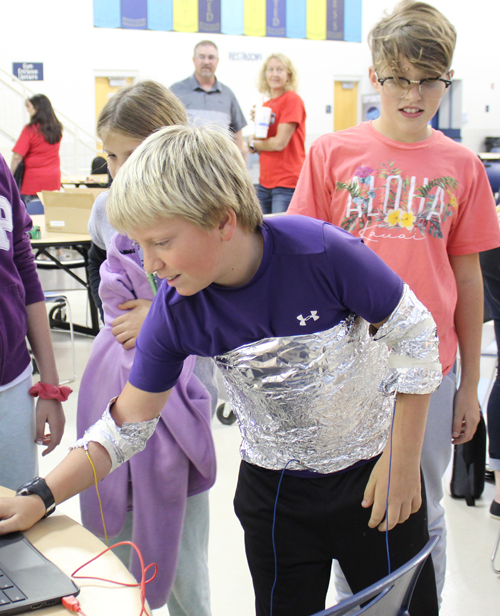 “We're trying to get it so I can play Pong (on the Chrome book)” by strumming the electric guitar, Brant said. “They’ll keep trying until they can make it work.”

Continuing to try instead of feeling failure, that’s what this is all about, Epps reiterated.

Aspinall was recently awarded the Canadian Prime Minister’s Award for Teaching Excellence for his work with coding and computational thinking. He is also the author of the books Code Breaker and Block Breaker that focus on rethinking assessment and evaluation in education. His enthusiasm, thought leadership, and approach to building capacity within STEM education has made him a sought after speaker throughout North America and has earned him the honor of being selected as Canada’s first Minecraft, Micro:BiT, and Makey Makey Ambassadors!

Temperature: 49/42
Rain throughout the day.
Monday:

Temperature: 43/28
Drizzle in the afternoon and evening.
Wednesday:

Temperature: 36/18
Mostly cloudy throughout the day. 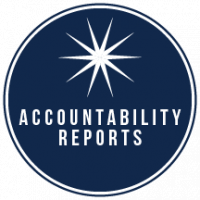